Kidney transplantation has become the option of choice for the treatment of patients suffering from terminal kidney failure. The success of this procedure is in part attributable to the development of potent anti-rejection drugs, which have helped to significantly reduce the acute rejection rate. However, many problems still need to be resolved in the transplantation practice. The anti-rejection drugs that transplant patients must take on a regular basis have serious side effects. Indeed, in order to keep the body from rejecting a transplanted organ, these drugs turn off or suppress any type of immune response, including the immune response against infection and neoplasia, leaving patients more susceptible to illness.

For some years now, research has made progress on several fronts towards achieving immunologic tolerance, which may be defined as a state in which the body of a patient after transplantation does not recognize and attack the transplanted organ as foreign, but learns to accept it as its own with no need for aggressive drug therapies. 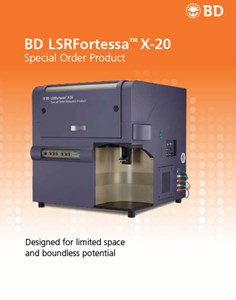 A very encouraging strategy, which has been developed during the last few years, calls for the use of stem cells, specifically the cells that physicians call mesenchymal stem cells (MSCs). MSCs are adult staminal cells obtained from bone marrow, which possess very promising immunosuppressant properties. They inhibit the activation of the immune system cells involved in rejection, and, at the same time, promote the proliferation of cells capable of regulating the immune response against the transplanted organ.

Tests conducted at the Mario Negri Institute Laboratories have shown that, after receiving mesenchymal stem cells, animals accept transplanted kidneys and hearts without the help of immunosuppressant drugs. The mechanism of immunologic tolerance lies in the fact that T lymphocytes take on the work of regulatory T cells (Treg cells), which inhibit the proliferation of the T lymphocytes implicated in the rejection.

On the basis of these highly promising results, the Aldo e Cele Daccò Clinical Research Centre of the Mario Negri Institutehas begun pilot cellular therapy studies using MSCs in kidney and liver transplant patients. The goal of these studies is to establish, through the analysis of the cells of the patient’s immune system, whether an immunologic tolerance has been achieved.
To that end, it needs to be verified whether or not MCS cellular therapy has induced an increase in the level of Treg lymphocytes, and whether the Treg levels are maintained constant over time. This biomarker is then used to establish if and when to start reducing the doses of immunosuppressant drugs.

The identification of the Treg population among all the T lymphocytes present in the human blood is a very complex process requiring the simultaneous detection of several cellular parameters (relating to molecules located on the surface of the cell or inside the cytoplasm), which has previously been impossible.

Documents
La-Fortessa-Nat-Rev-Nephrol.pdf (400.8 KB)
La-Fortessa-FACS.pdf (759.8 KB)
La-Fortessa-X20-1.pdf (1.4 MB)
This site uses technical and profiling cookies for marketing and statistical purposes. If you want to know more about this or block consent to some or all cookies, click here.
No, only technical cookies
More options
Accept all
Cookie preferences
This site uses technical cookies to allow you to browse through its contents. The site also uses third-party profiling cookies to send you advertising in line with your preferences. Through this menu you can choose whether or not to allow us to use the different types of cookies installed through this site.
Technical
Persico.com, Google Analytics
Statistics
Vimeo (VM)
Activate Deactivate
Profiling
YouTube (YT)
Activate Deactivate
Save preferences