News & Events
HighlightsThe Persico Fly40 experience: A new-concept class and circuit
The Persico Fly40 experience: A new-concept class and circuit
The future of owner-racer racing is here: Persico Marine has transferred its America's Cup experience to a 12-metre foiler designed for a 5-person crew.
Checco Bruni has been a key project advisor and ambassador; Caponnetto Hueber, together with New Zealand-based Pure Design & Engineering, are the designers. Trailblazing regattas, simplicity and safety of piloting and cost control are the objectives of the circuit.
Five months after the conclusion of the America’s Cup, Persico Marine has introduced owners and the yachting industry in general to a new project: the Persico Fly40 One Design. Now officially launched in the market, the boat is the first spin-off incorporating the research and development, construction technology and “spirit” of the 36th edition of the America’s Cup.
Persico Marine has thus opened a new market segment targeted at owners, for whom the “new normal” will be a foiler with canting arms – a high-performance, one-design-class monohull conceived for an upwind start, tacking duels and every aspect of the traditional regatta, but at three times the windspeed! The Persico Fly40 is 11.8 metres in length overall, 3.4 metres wide and 1,600 kilograms in weight and has 100 square metres of sail area and a minimum take-off speed of 7 knots TWS. Designed for a crew of 5, it can be trailered and moved easily.
All of these features highlight the innovation, force and boldness of a project that is safe, enjoyable and ready to be experienced by owner-racers. 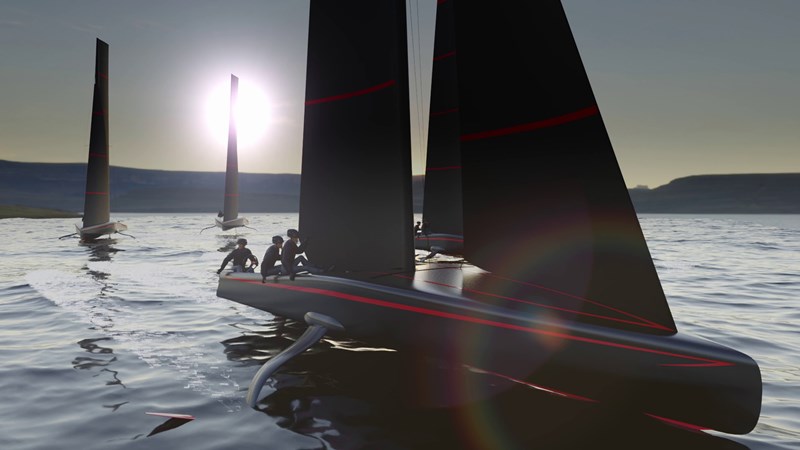 “In the last five months,” Marcello Persico, president of Persico Marine, explained, “we have dedicated ourselves to achieving an impressive goal: transferring our research and development of the 36th America’s Cup to the market.
In an instant, on the day we saw our AC75s sail for the first time, all our previous accomplishments up to that moment became “the past”. Following the revolutionary innovations of the last edition of the America’s Cup and thanks to the performance of the AC75, a visionary and radical foiling craft, we are witnessing a real change in paradigm: the time is right to raise the regatta field to a new dimension that will allow everyone to experience fly-foiling.”
To reach this goal, Persico Marine has built a team of acclaimed excellence: the structural engineering is provided by Pure Design & Engineering from New Zealand, which also worked with Emirates Team New Zealand; naval architecture and computational fluid dynamics (CFD) is led by Caponnetto Hueber, a collaborator with Luna Rossa.
Introducing such an innovative and challenging project to the market also required specific advice to give added value to the sporting aspects.
Persico Marine therefore asked Checco Bruni to be part of the team and bring his experience to the Persico Fly40.
“It has been a great pleasure collaborating with Persico Marine on this exciting project,” Mr. Bruni said. “By presenting an advanced 40-foot foiler today, we are in a position to play a central role in revolutionizing the market. I am sure this project will have great success and am very happy to be part of it. This is a promising moment for the sailing world: we are expanding into new horizons with Persico Marine as the leading player.”
“A project of this calibre has the potential to boost Persico Marine to the next level,” Marcello Persico added. “For this reason, we have selected a team with the highest professional qualifications aimed at two essential objectives: safety and reliability.”
The Persico Fly40 One Design is the heart of an ambitious project: the setup of an innovative circuit involving the best owner-racers. Persico will manage the “ready to fly” logistics, support and services.
More on persicomarine.com 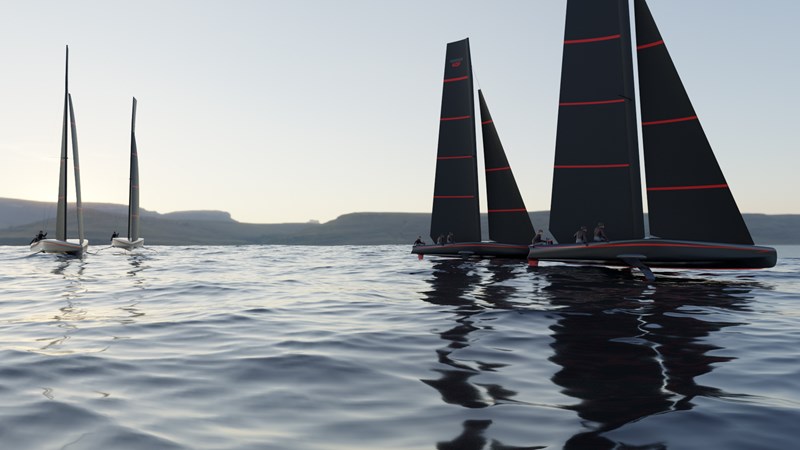