Industries
Architecture Art Installations
Art Installations
At Persico Group we think that art encompasses all human activities capable of creating aesthetic expression.
For many years now Persico has collaborated with artists to give shape to timeless works using innovative materials and technologies. 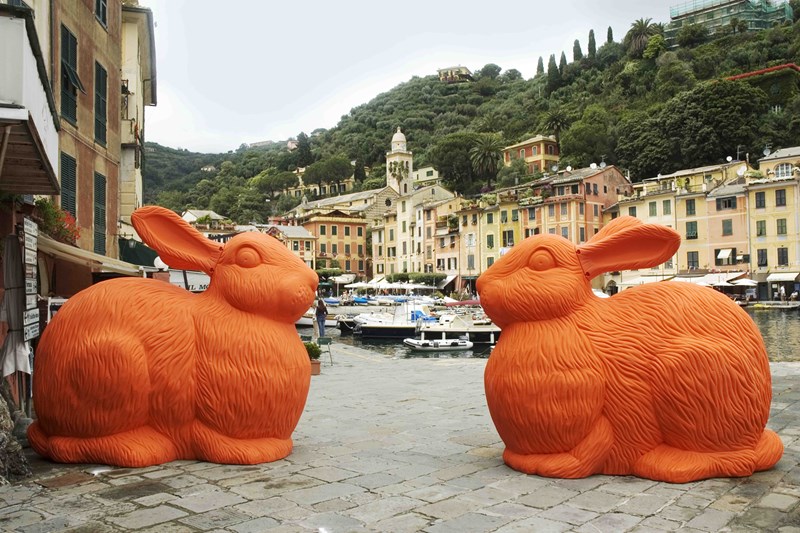 In 2007, by "adopting" a rabbit, art promoter and nature lover Persico Group became a supporter of the philosophy of the Cracking Art Group, an artistic movement espousing sustainability and environmental conservation.
This group of artists cares for the wellbeing of the planet Earth and mass-produces artwork (animals for the most part) from recycled plastic using rotational moulding technology.
From the very beginning, Persico has made the moulds for the Cracking Art Group's creations. 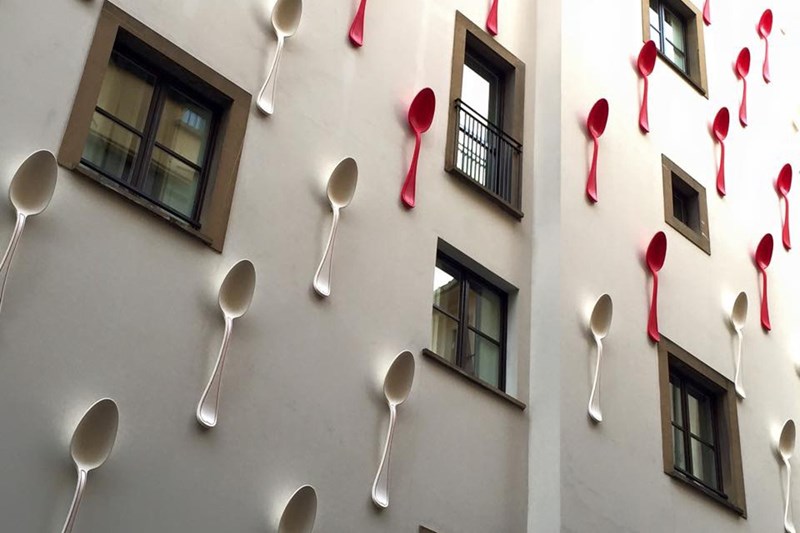 Persico teams up with Ferragamo on Art Installation in Florence.
Sixty-three rotomoulding regenerated plastic spoons, each one-and-a-half meters high, embellishing the façade of a stately Florentine hotel.
These are some of the striking elements of a new art installation, “Spoon, I Eat Earth”, by the Italian architect and designer Simone D’Auria.
The work is currently on display at the Gallery Hotel Art in Vicolo dell’Oro, a short distance from the famous Ponte Vecchio (Old Bridge) in the centre of Florence.
Inspired by the theme of Milan’s Expo 2015 “Feeding the Planet, Energy for Life”, the project focuses on the “Spoon”, a symbol of nourishment and one of the oldest utensils used by humans.
The installation was commissioned by Ferragamo Group’s Lungarno Collection, a luxury hotel management company and owner of the Gallery Hotel Art.
To bring his vision to life, Mr. D’Auria, who is also the art director of the Lungarno Collection, turned to the well-known rotomoulding expert Persico Industrial of Nembro, Italy.
Persico not only became a sponsor, but also provided the key tools to realize the large plastic spoons.
Over the years, Persico has collaborated with numerous artists to give shape to works of art using innovative materials and technologies.
For the “Spoon, I Eat Earth” project, Persico first scanned a sample of the spoon provided by Mr. D’Auria and generated data files.
After certain details of the spoon were modified on request of the artist, a polyurethane model was made.
Then Persico prepared a CNC-milled aluminium mould for the production of the spoons.
Finally, the actual 1.5-metre spoons were rotomoulded with Persico’s moulds using regenerated polyethylene plastic.

The 63 huge spoons positioned on the front of the hotel in a target motif – red ones encircled by white – are a sight to behold.
The 1.5-metre spoon is named “Bruno” in honour of the artist Bruno Munari and his artwork, a source of inspiration for Mr. D’Auria.
What’s more, the recycled plastic Bruno Spoon is available separately as a delightful art object: a spoon to stimulate the desire to “eat life” – to nourish one’s life not only through food but also by doing or inventing something new.
Additionally, the spoon highlights the relationship of the individual with the Earth and the concept of hunger in the broad sense – hunger for life, knowledge, liberty and experience.

Roberto Talaia, architect and entrepreneur, has successfully employed rotational moulding technology to meld design and art in his Svaso (the non-vase), mass-produced by Donato Corrado.
A vase-non-vase, an example of the art of our time: colourful, chrome-plated and floodlit.
A spiral challenging the concept of space.
Ugo Nespolo, the great cosmopolitan artist, took up Mr. Talaia's challenge and revisited the Svaso creating ten different personalized variations of it – a great artistic achievement.
Twenty limited-edition versions of Mr. Talaia's Svaso have been created: ten in different colours and finishes, and ten transformed into sculptures by Mr. Nespolo. 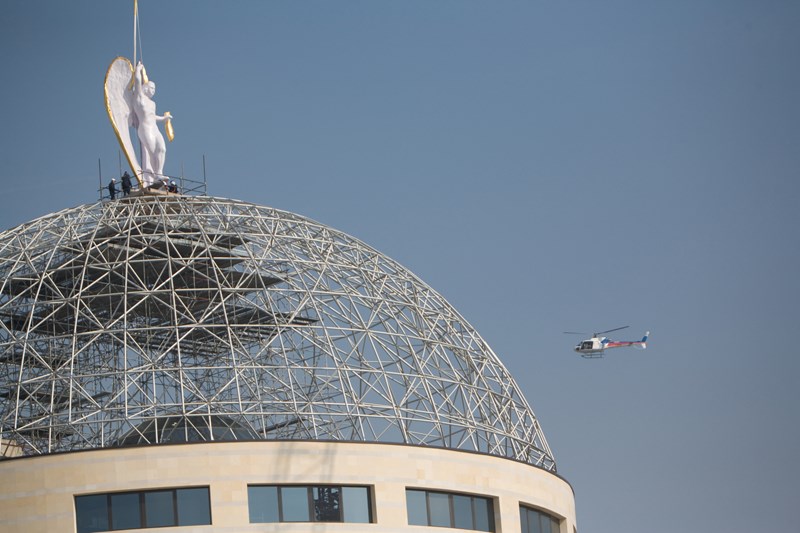 During early 2008, Persico, in collaboration with Don Luigi Verzè, made a glass-fibre-reinforced 8.1-metre high statue with an internal stainless steel pipe support structure.
The statue was installed on the Milan San Rafael Hospital dome at a height of a 56 metres.
Finite element structural analysis was performed to estimate the dynamic response of the statue to weather conditions, specifically, wind loads of up to 250 km/h.
The project started off with a human-sized polyurethane model of the statue, which Persico moulded from a design created by Carmelo Lizzio in collaboration with Lucia Arduini.
Mr. Lizzio began his work as a sculptor in his father's bottega (workshop). He has long collaborated with Salvatore Fiume and the company Arte Sacra in Bergamo.
For San Rafael Hospital, he has also made the five high-relief marble panels adorning the Esplanade of the Good Samaritan.
The San Rafael Archangel statue is equipped with displacement sensors and weighs 3,500 kg (this upper limit of the statue weight was due the limitations of the available hoisting equipment).
It is also equipped with an anti-freeze system, which protects the most critically exposed parts.

Additionally, in 2008, Persico created a "floating" altar housed in the so-called Ciborium of the hospital, based on a concept by Don Verzè.
The altar, made from cypress, durmast oak and ash wood, is reminiscent of Noah's Arc and can be reached by a walkway.
It is located inside the Basilica, which is open to university students.
The Basilica has no pews, only a few seats where students of all religions can study, exchange ideas or meditate in total silence.
There is no altar chair for the officiant, as Don Verzè viewed it as a thing of the past, but only a rock set into the wooden structure.
No chairs, just one bench, the symbol of a church unified to form only one body.
A wooden DNA sculpture, the symbol of evolution and conservation of the species, hangs in the centre of the Basilica.
This site uses technical and profiling cookies for marketing and statistical purposes. If you want to know more about this or block consent to some or all cookies, click here.
Only technical cookies
More options
Accept all
Cookie preferences
This site uses technical cookies to allow you to browse through its contents. The site also uses third-party profiling cookies to send you advertising in line with your preferences. Through this menu you can choose whether or not to allow us to use the different types of cookies installed through this site.
Technical
Persico.com, Google Analytics
Profiling
Vimeo
Activate Deactivate
Save preferences